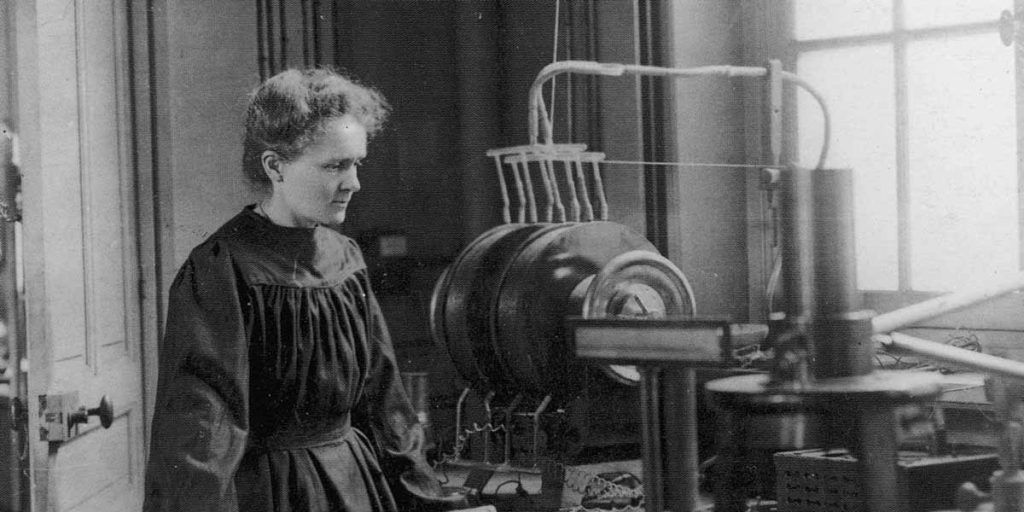 Radon was discovered by Friedrich Ernst Dorn, a German chemist, in 1900 while studying radium’s decay chain. Originally named niton after the Latin word for shining, nitens, radon has been known as radon since 1923. Today, radon is still primarily obtained through the decay of radium.

Radium was of course discovered two years earlier by the “First lady of Science,” Marie Curie. Marie Curie was a famous scientist in her own time, and a name that is still highly revered in the world of science today, eventually winning two Nobel Prizes for her work. She is most well known for discovery of the elements Polonium and Radium. She named Polonium after her home country of Poland and she named Radium, because of its radioactivity.

In fact, she actually coined the term radioactivity itself. She came up with the term because of the strange rays that emanated from the elements that were so similar to the recently discovered X-rays. However at the time the only known radioactive element was uranium. Turns out radium is a decay by-product of uranium that she discovered while working with pitch-blend, a product that contains uranium, when she noticed that unrefined pitch blend was more radioactive than the uranium that had been separated from it.

Unfortunately, at the time of Curie’s work, nobody realized that radioactivity was hazardous, and Curie died of cancer, likely brought on by her prolonged exposure, in 1934 at the age or 67.